Where Is The Best Test Market In Japan For Your Food And Beverage Products?

Where is the best market to test your food and beverage products in Japan? Find out what the experts reccomend.

Test marketing is key to successful food and beverage product launches in Japan. But how do you select a test market in Japan to get the most out of your test?*

We define test marketing as an experiment to test the viability of your product and campaign by making it available, in a limited capacity, in a carefully selected market before a wider release. A test market then is the location you select in Japan for your test.

Japan is a unique market. Culture, buying habits, regionality, and ever-changing trends are some of the things to know when launching a product. Even with a product that checks all the boxes, consumers' responses could surprise you.

It’s a good idea to get feedback from a smaller market of consumers about your product and marketing strategy before launch. But how do you choose the right place to conduct your market test? Do you jab your finger at a random point on the map of Japan? Or aim straight for Tokyo?

Your journey to deciding on your test market in Japan begins with research. Our guide aims to help you cut your workload in half by introducing the best test markets in Japan for food and beverage products.

Test marketing is a tool used by companies to check the potential of their product and marketing campaign on a small scale before a full launch. In a fluid and unique market like Japan, it’s especially useful when you want to introduce a novel or foreign product.

Committing to a large-scale launch is an expensive and time-consuming process. If it fails, then it’s a huge cost to you and your company. Doing test marketing lets you get a feel for how your product will perform, but with a smaller group of consumers. Depending on your approach, you can measure response in different settings. For example retail or home. You can also assess key metrics like repeat rates. This data will help you decide:

Whatever you learn, it can help you avoid costly mistakes.

Test marketing lets you test and tweak your marketing strategy

Building a convincing campaign in Japan is quite different to other markets. It’s always best to see how your campaign does on a small scale and understand what works and what doesn't work in Japan. You can then adjust your campaign based on feedback to help it perform on a larger scale.

Test marketing lets you get product feedback from customers.

Your product's taste may be a hit overseas, but when it comes to Japan, locals might not like it. Test marketing helps you understand this in advance. Then there’s still time to adjust your product or marketing strategy.

Early, small-scale releases of products in Japan do not go unnoticed. A small-scale launch can generate excitement across Japan for a national launch.

Besides many other benefits of test marketing your product in Japan, there are also risks to be aware of.

What are the risks of using a test market in Japan?

There could be other options to test your product

Depending on your budget and timeline, focus groups or smaller tests may be enough.

A recent option to test your F&B product in Japan is crowdfunding. Large companies such as Hoegaarden use crowdfunding to test products in Japan. It’s a cost-effective, low-risk approach to test marketing.

To learn more check out our guide to crowdfunding in Japan.

Other companies will find out about your plans

Companies in Japan track the activity of local and foreign competitors. Test marketing your product means competitors will learn of it and your campaign. If you’re not quick to act on the results of your tests, competitors could beat you to it and launch a competing product.

You can manage these risks with a strategic approach. This starts by understanding what makes a good test market in the first place.

What are the characteristics of a good test market in Japan?

What makes optimal test marketing conditions in Japan? Ultimately, these differ depending on your product and strategy. Here are some of the main factors to consider when deciding a test market in Japan.

Is the market a microcosm of the nation or the larger market you are targeting?

Is the market diverse?

Choosing a test market that is diverse will give you broader insights into how your product performs across demographics.

How about media coverage in the city?

Choose a test market with a concentrated media landscape so you can optimize local advertising. For example, Shizuoka prefecture in Japan has one newspaper read by over 60% of the population. It’s easy to use one media outlet for test market promotion.

Also, a market whose media coverage is not from nationwide sources can help you contain information about your product launch while testing. The less your competitors know, the better.

Is the market expensive?

Choose a market that won’t blow your entire research budget. In Japan, this often means looking outside of Tokyo first.

Does the market have the resources required for my product?

Choose a city that has many warehouses, manufacturers, restaurants, retailers, and good logistics.

Where is the best test market in Japan?

So, you’re ready to do a trial run of your product. Where is the best test market for your F&B product or service in Japan?

In a lot of cases, companies have their eyes set on Tokyo. But this is not always the best approach.

Choosing Tokyo or Greater Tokyo as a test market can be a risky strategy. Each of the city's wards has different sizes and demographics. It's harder than you imagine to find a representative area. Tokyo is also a very expensive city. If you wanted to test your marketing campaign it could cost you hundreds of thousands of dollars in the capital. Last but not least, Tokyo is Japan’s largest and most lucrative market by far. If your test market your product there, it’s equivalent to a full-scale launch. If your test fails, many consumers could form a negative image of the product and Japan is all but lost to you.

So, there are better options. We’ve compiled a list of the best locally recommended test markets for F&B products in Japan.

Fukuoka is Kyushu’s capital city and a major transport hub for Japan. The F&B industry in Japan recognizes Fukuoka as the best city to test market F&B products and services. Many of the world’s top brands, like Costco, Coca-Cola, and more, use Fukuoka to test-launch their products.

So what makes Fukuoka such a sought-after test market?

Fukuoka is a growing city; the population continues to increase year on year. The city has a high proportion of younger consumers, those in their 20s and 30s. In this way, the market reflects the future potential of Japanese consumerism. What’s more, the percentage of consumers aged 40 and above is close to the relative national average.

As the capital of Kyushu and a thriving city, many working-age people move to Fukuoka and stay there. This makes it similar to Tokyo and other major cities in Japan so it is possible to extrapolate your market test results.

Fukuoka is spacious, with plenty of warehouses, retailers and restaurants. It is also a major transport hub in Japan. There is an airport within 30 minutes' reach of the city centre, and also excellent rail and sea access.

The island of Kyushu is also resource-rich. It has a warm climate, fertile soils and lots of water. This makes it great for producing ingredients and also as a base for manufacturing.

There are also plenty of co-manufacturing facilities and warehouses. Perfect for businesses to set up small product production runs for test marketing.

Fukuoka has a fantastic bar scene. You can find everything from cocktail bars, to Japanese izakaya, and much more in Fukuoka. The city attracts plenty of tourists from Japan and abroad. During weekends, visitors from all over flood to Fukuoka to enjoy the nightlife. This includes people from Okinawa, Hiroshima, China and South Korea.

In 2018, Coca-Cola test-launched their very first alcoholic beverage in Japan in Fukuoka. They test-marketed Lemondo, a canned lemon sour, for one year. According to GourmetPro’s expert who worked for Coca-cola at the time:

“Coca-Cola chose Fukuoka because it was a city close to their manufacturing facility. Fukuoka has a vibrant drinking culture, and consumers love trying novel products.”

“Business trippers visiting Fukuoka noticed the product and it started trending on Japanese social media. This resulted in national demand before we'd even launched the product."

Shizuoka is a central eastern prefecture in Japan. It is cited as one of the most used test markets by companies in Japan.

What makes Shizuoka such an ideal place to trial products?

The market size of Shizuoka is around 3% of the national total making it low risk to test products.

Shizuoka’s demographic breakdown ratio is roughly the same as the national average. The results of tests here can be used to predict how your product will perform on the national stage.

Shizuoka merges the Eastern and Western cultures of Japan

Shizuoka’s central location means the prefecture is a mix of Japan's eastern and western cultures. It’s common in Japan for companies to adjust products to the east and west of Japan. A famous example of this is Udon noodle sauce.

This means you can test how your product will go over with Japan’s macro consumer groups.

Shizuoka is close to Tokyo and central in Japan. It has good access to resources such as raw materials and manufacturing facilities.

Media costs are lower than Tokyo and the Kansai area

Shizuoka Prefecture has its own broadcasting network. This means you can broadcast to consumers in Shizuoka without fear of content leaking outside. The Shizuoka Shinbun newspaper has a household penetration rate of approximately 60%. This single newspaper is enough to cover the area with promotion, perfect for affordable marketing campaigns.

Seven Eleven reportedly uses Shizuoka stores to trial new additions to their Seven Premium selection of baked goods. Their “Baumkuhen” product was first launched in Shizuoka before being launched nationwide.

Do you want your product launch to succeed in Japan?

Where you decide to test can have a big impact on its success and likewise the future of your product in Japan. We hope this post has given you some inspiration.

Ultimately, selecting a test market depends on the F&B product you want to launch. Some markets are more suitable than others. Selecting a market is also just the beginning of your test.

It takes time, energy and connections to be able to coordinate a market test in Japan. Working with local retailers, marketing agencies, and local authorities takes serious work.

An expert on the ground can ensure the smooth and flawless execution of each step of your market test in Japan. With their support, you can save time, energy and a lot of stress, and focus on doing your job. GourmetPro’s network includes expert marketers who have experience testing products from the world’s biggest brands in a range of markets around Japan. Contact us to brainstorm where to begin your test marketing today: 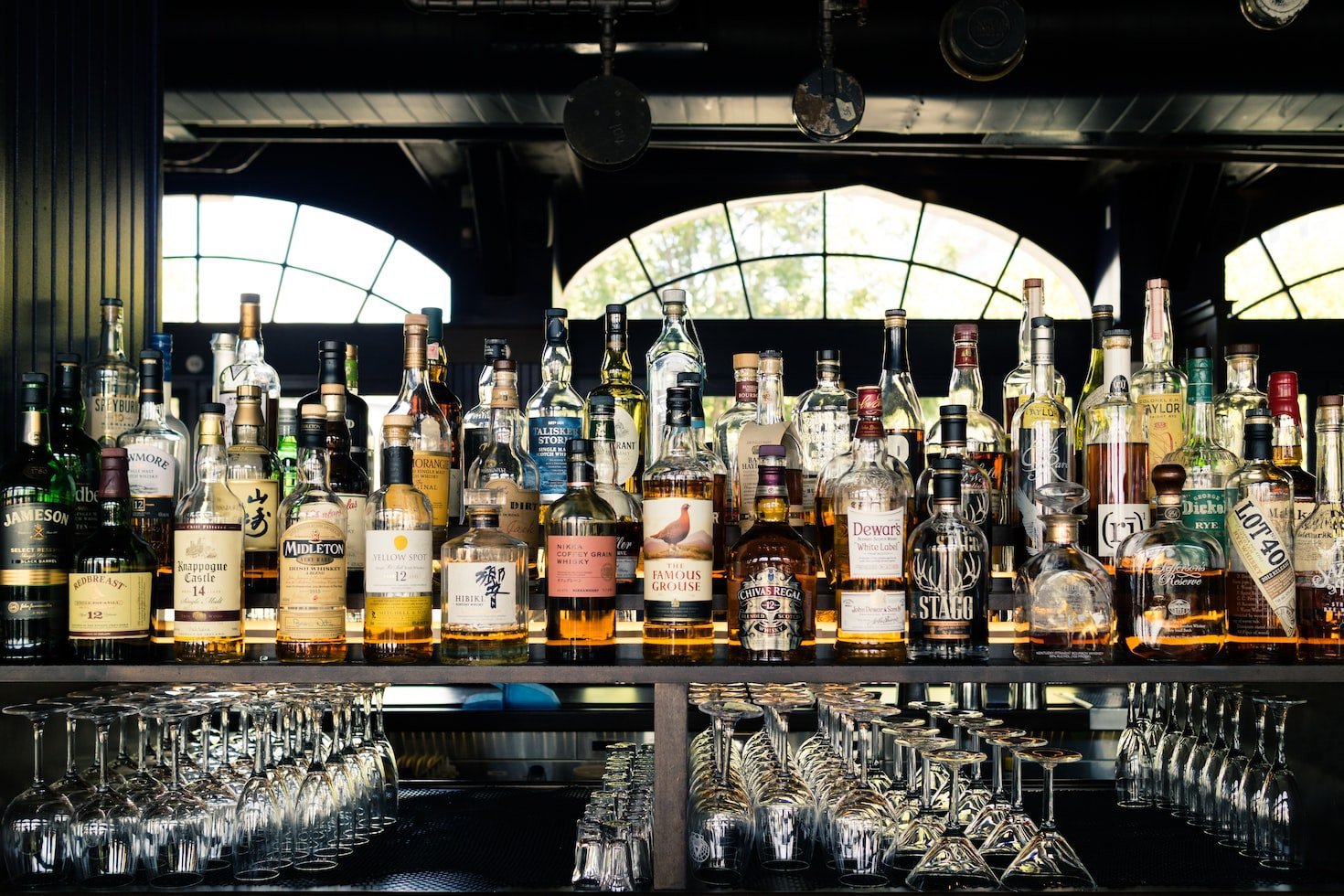 The Japanese Spirits Market - Need To Know Trends In 2023 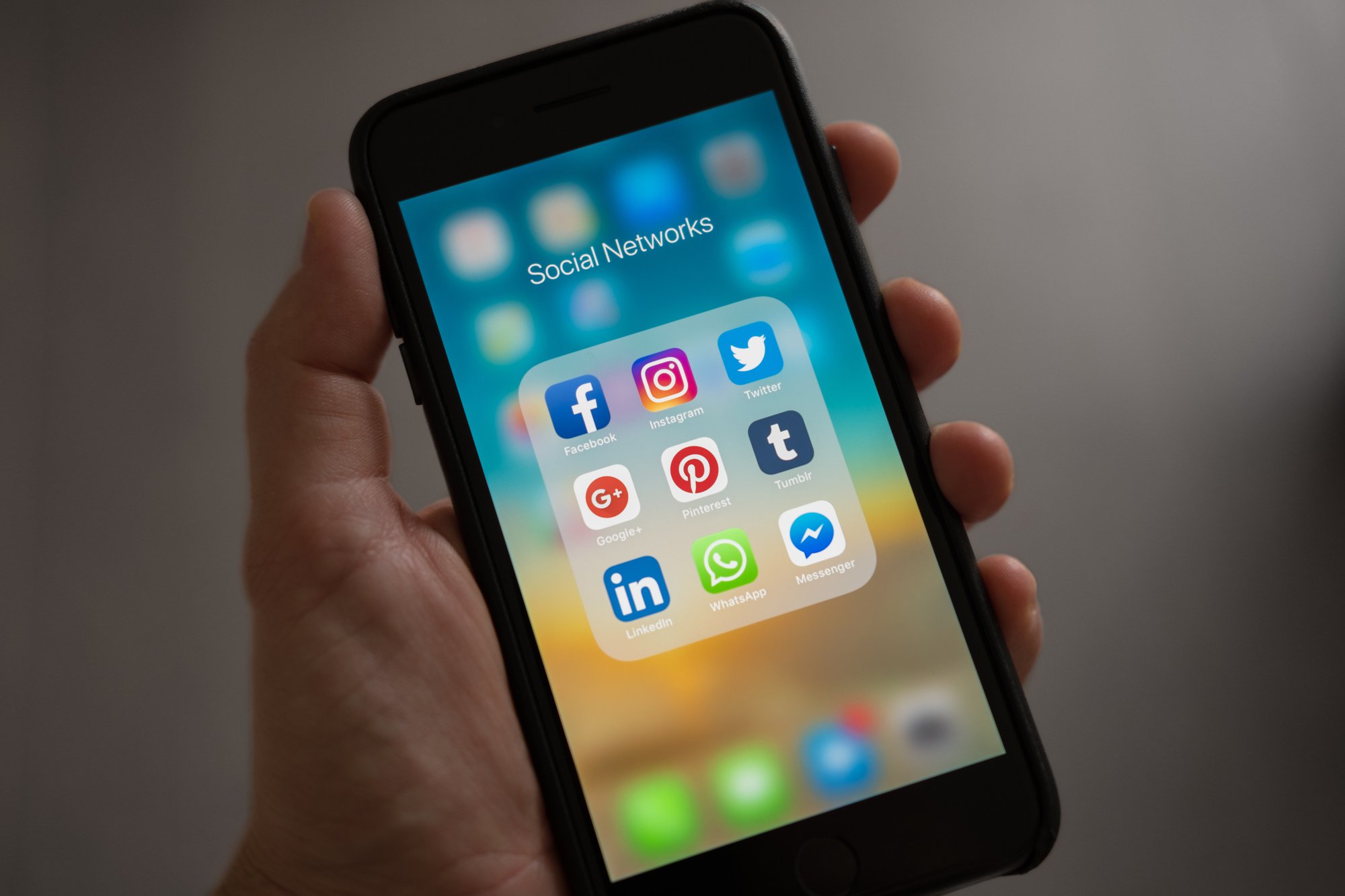 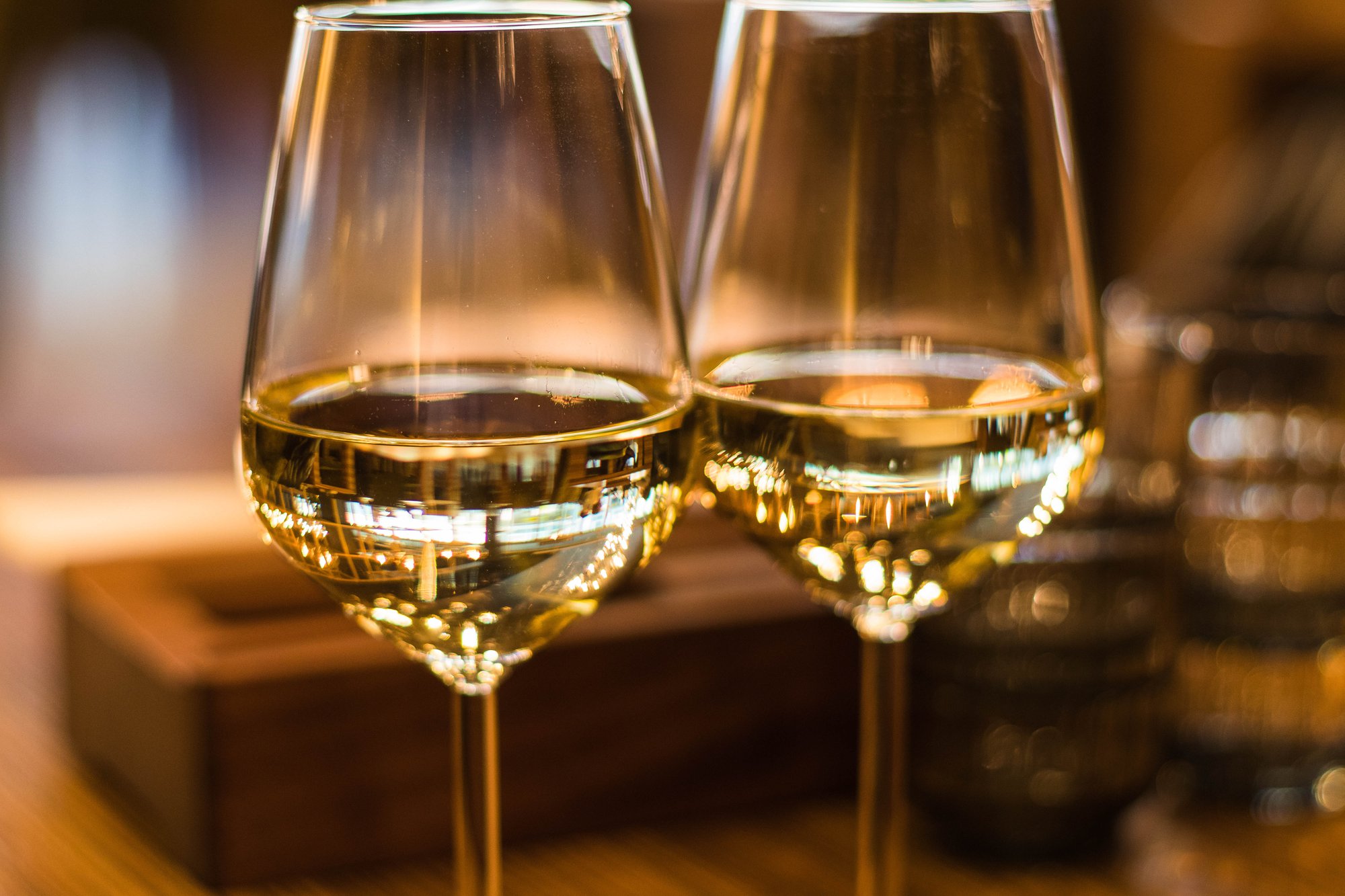